Chinese airlines,  Hainan and Xiamen Airlines are both scheduled to fly one-off flights to Africa  starting from Today August 19th. The Xiamen Airlines will fly nonstop to Madagascar using a Boeing 787 while Hainan will fly from Beijing Capital International Airport to Maputo International Airport Mozambique on August 22nd with an Airbus A330-300 .

The flight will leave Beijing in the early hours of the morning at 03:05 local time, reaching Maputo at 11:35 local time. After five hours on the ground, the plane will depart Maputo for Colombo (CMB) at 16:35. The aircraft will spend 90 minutes on the ground in Colombo as a technical stop before flying into Nanchang, finally reaching China on August 23rd.

According to the Chinese embassy, the flight is for those in Mozambique looking to return to China. The economy class fare is estimated for  $2,600 for the one-way journey to China.

In order to get onboard the aircraft, passenger must have a negative nucleic acid test– including younger passengers. The test must be completed within five days before boarding. Anyone with a positive test or else showing symptoms before boarding, or who was in contact with people infected with COVID-19, will not be allowed to board the aircraft. Testing was conducted in conjunction with local authorities at the cost of just over $50 per person.

Hainan Airlines is using an Airbus A330-300. For passengers traveling in business class, the hard product onboard is a pretty standard forward-facing 1-2-1 configured lie-flat seat. In coach, it is a standard 2-4-2 configuration. Hainan configures its aircraft with 32 seats in business class and 260 in economy for a total capacity of 292. The Airbus A330-300 is not designed for ultra-long-range travel of 14-15 hours, hence the stop in Colombo. 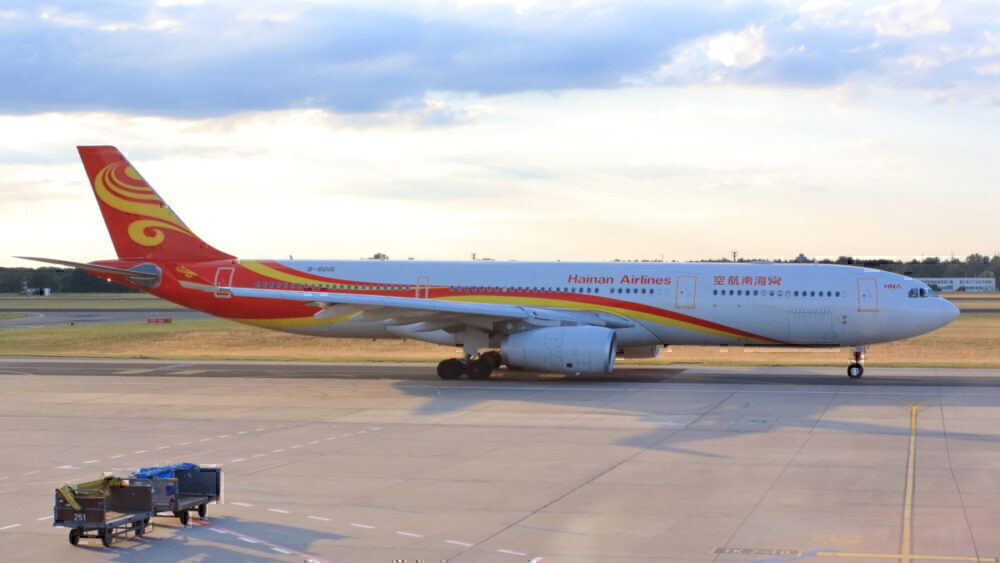 The 787-9 will depart Fuzhou at 07:00 local time with an arrival scheduled into Antananarivo is scheduled at 13:00 local time. The aircraft will spend three hours on the ground before turning back and arriving in Fuzhou the next morning at 08:30 local time.