An Airport located in the Ingliston area of Edinburgh, Scotland. Edinburgh Airport (EDI) has announced that it will donate more than 200 security trays. To be redistributed to African airports, to help staff train for security inspections.

The airport has replaced the trays with new antimicrobial ones. 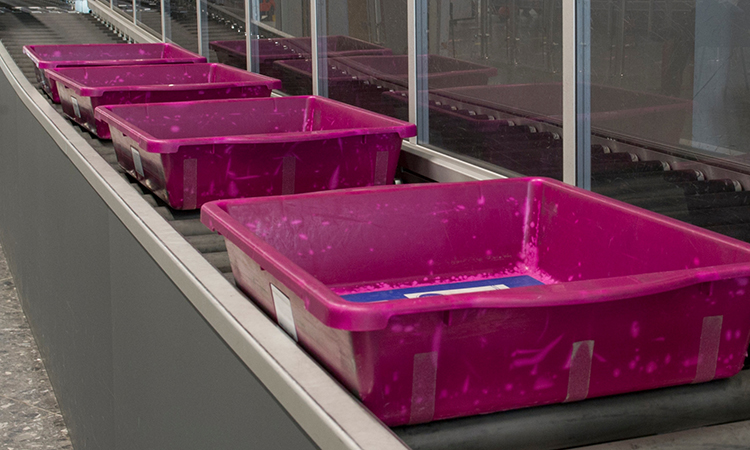 The trays were taken out of use at Edinburgh Airport earlier in 2020 and will be reused in airports throughout the African continent, rather than being destroyed, as the airport continues to improve its sustainability approach.

Many of the airports in Africa currently use improvised trays, which can be unhygienic and take longer to process. The donation will greatly impact on the operation of these airports and will help the process of security screening run more efficiently.

The trays are in the process of being cleaned and distributed to Africa by The Westminster Group PLC, a firm that the airport partnered with after using the Circular Edinburgh programme, which encourages companies to reuse and redistribute items where possible.

Director of Communications and Sustainability at Edinburgh Airport, Gordon Robertson, said: “Reusing items rather than disposing of them is part of a circular economy that the airport wants to be part of, as we continue to improve our sustainability approach, and reusing these trays has the added benefit of allowing staff in other areas of the world to train to the same high standard that our staff do. Using Circular Edinburgh to help us reach out to The Westminster Group is a good example of how firms can work together to make our businesses more sustainable and how we can have a positive impact on others.”