Have you ever wondered what all the buttons in the Cockpit are used for? By the way, what is a cockpit? Where is it located on a plane?

Where the pilots sits and controls the Aircraft is called a Cockpit.

Why it is called a cockpit

The title comes to us from “cock,” an Old English term for a small boat, and “swain,” which means servant. A cockswain is a boat servant. Over time, this title led to the steering compartment of smaller boats, where the cockswain sat, being called a cockpit. 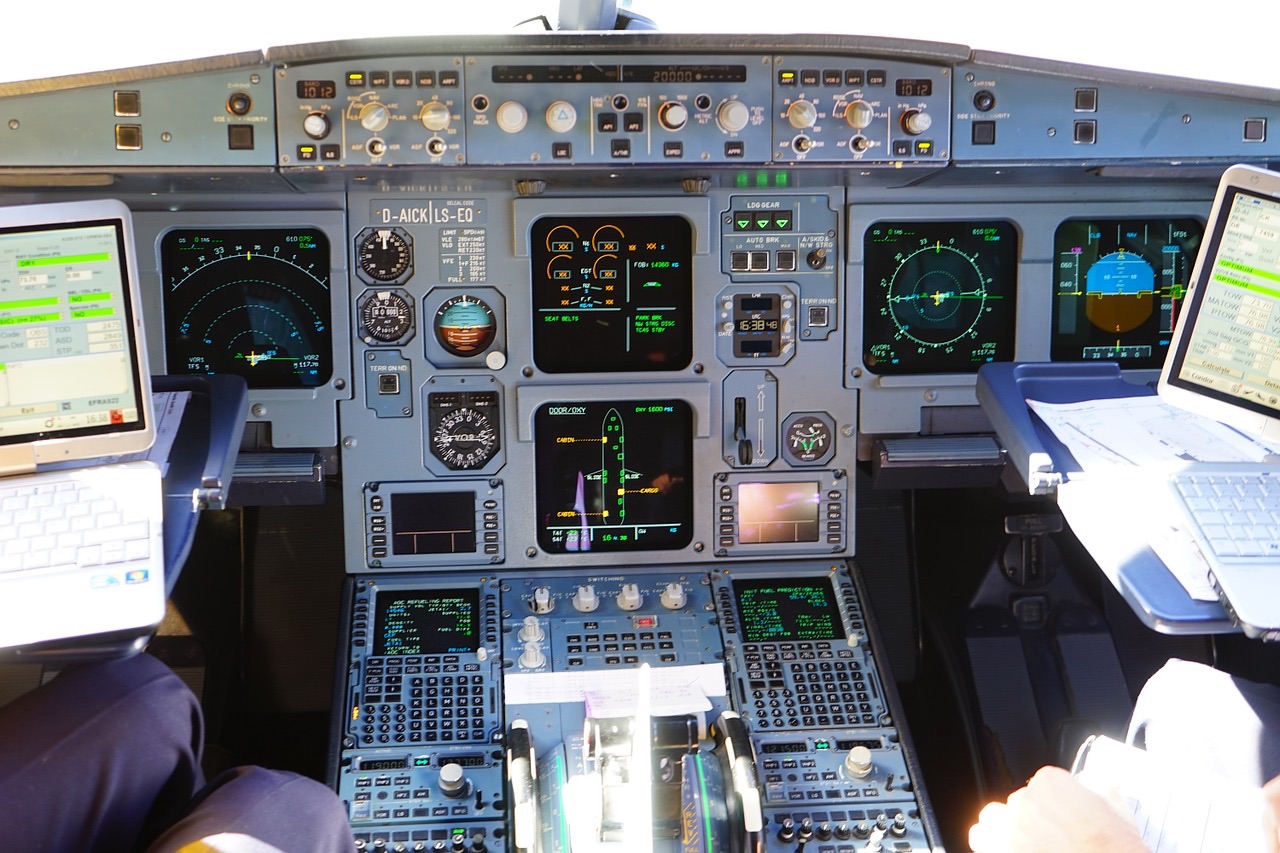 Cockpit is the section in an aircraft where the pilot and the co-pilot manage together to achieve a successful flight. It is known as the pilot’s office where the plane is controlled and data transmitted with the help of the panels.

It is also a special section equipped with security systems, by which the aircraft is controlled. Thus, the cockpit provides every data about the plane and is designed to give the pilots a good angle during flight.

Function of the Cockpit

The cockpit has two major function; to provide the pilot with a good angle and to make all control mechanisms accessible to them. Planes are also designed based on the same principle of any vehicle. The aircraft can be manually managed thanks to the control mechanisms within this section. There are also communication panels. All information about the plane is sent to the control towers through this system.

The cockpit can only function well with the management of a Pilot and assistant pilot. This is set out by the rules for a standard passenger aircraft. In military aircraft, there can only be one pilot, depending on the type of aircraft.

The cockpit is covered with a glass that is approximately 6 centimeters thick and is reinforced with various chemicals. These glasses consist of several layers and can withstand temperatures ranging from -60 degrees to 40 degrees Celsius. It can crack in very extreme situations, but cracks only occur in the first layer. It is not possible for the glass to crack completely under normal conditions.

The Cockpit Doors and how to open it

The doors have a security system managed from the pilot panel and are opened only with a password. For example, the cockpit doors of Airbus planes have three different modes: open, locked and normal. When the door is open, the door can be opened from the inside. When it is locked, the door cannot be opened for 5 minutes even with a security password, it can be even longer than 5 mins if the pilot wishes to do so. In normal mode, doors can be opened in 30 seconds using a password. If the pilot gives feedback in 30 seconds, the doors won’t open.

Do pilots make use of all the cockpit buttons?

Yes, according to UStoday report, the buttons and knobs are used to control the airplane in normal flight or when there is a problem with a system. While they look confusing to the layperson the pilots know exactly what each one does and how it is to be used.