Offering a comparison chart between Air India International flights under Vande Bharat Mission and other evacuation flights organised by other countries, Union civil aviation minister Hardeep Singh Puri has claimed Air India is charging much less for these international flights.

“While rates being charged are not normal commercial rates, they are reasonable when compared to evacuation flights of other countries on the same sectors,” the minister tweeted as “some people” have raised concerns about the rates being charged by Air India for the special Vande Bharat flights.

“Economy fare paid by travellers for evacuation flights organised by the concerned (US) Embassy from India was Rs 3.00 lakhs for Houston. Indians pay Rs 1.03 lakh on India-US sector (flights) under the Vande Bharat mission which is nearly one third,” Mr Puri mentioned. 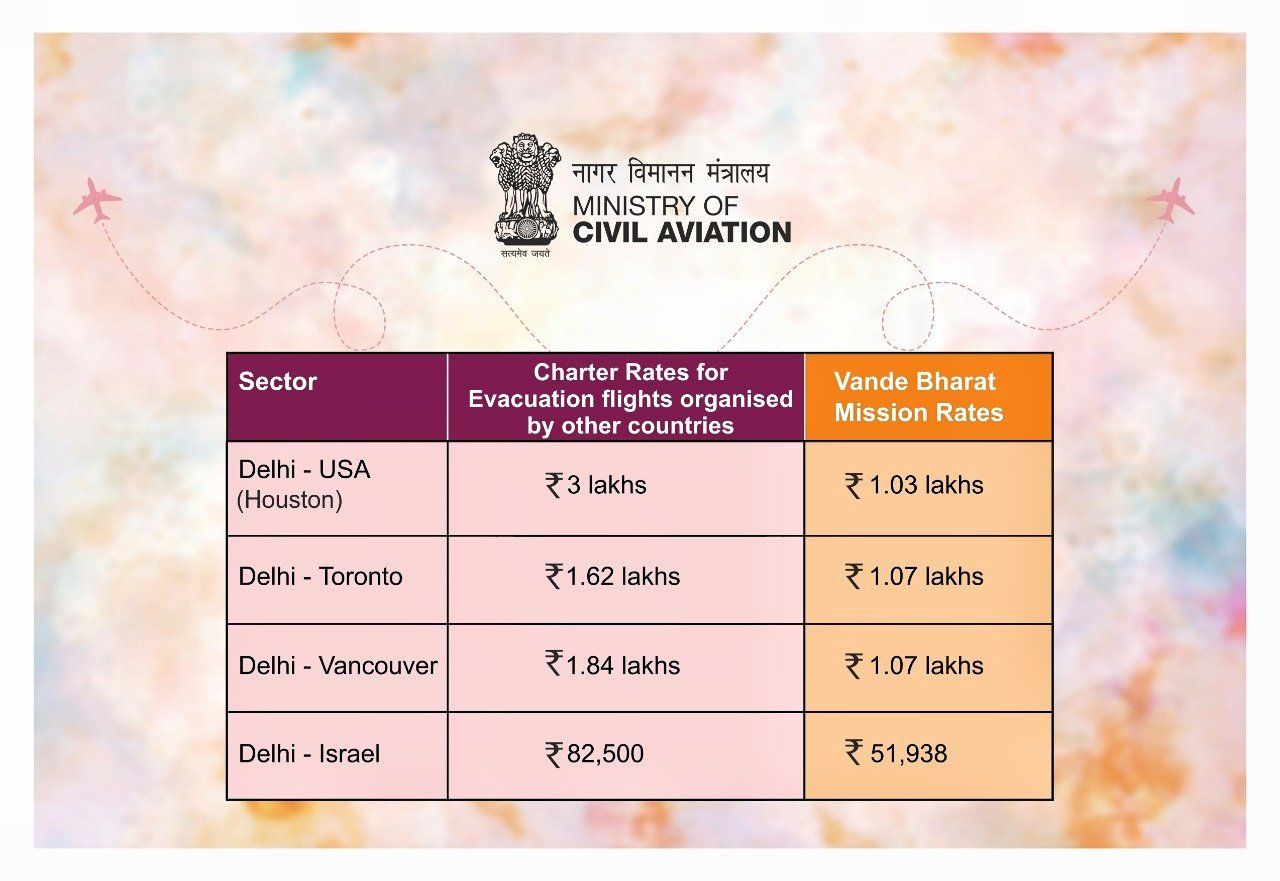 Travellers paid Rs 1.62 lakhs to Toronto and Rs 1.84 lakhs to Vancouver for evacuation flights organised from India by the Canadian High Commission, the minister said.

“Our citizens pay Rs 1.07 lakhs between India & Canada on Vande Bharat flights. The difference is stark,” he added.

“Travellers to Tel Aviv paid 82,500 for their evacuation flights organised by the concerned (Israel) Embassy between Delhi & Tel Aviv while Indian citizens pay Rs 51,938 to fly between the two destinations. Very clearly, rates being charged by Air India for Vande Bharat are reasonable,” the minister said.

The resumption of international flight operations will take some time as the issue will be taken up after July — during the third phase of unlock. Air India will open bookings from 5 PM on June 5 for destinations in US and Canada under Vande Bharat Mission’s third phase which will ferry stranded passengers to several destinations in the US between June 9 and June 30. The destinations include New York, Newark, Chicago, Washington, San Francisco, Vancouver and Toronto.