Every August,  people from around the world come to Osun State, Nigeria, to attend and participate in the famous, two-week long Osun-Osogbo Festival. It is held at the illustrious and sacred Osun Groove, which was named as a UNESCO World Heritage Site in 2005. Although a sizable number of the participants are Osun indigenes, the festival has, over the years, morphed into an event that attracts the attention of tourists and visitors from other parts of the world

.The Osun Osogbo festival is believed to have a history of more than 700 years. Historically, an ancestral occurrence led to the celebration of this festival. Once upon a time, a group of migrating people who were led by a great hunter called Olutimehin settled on the bank of Osun river, to save themselves from famine. At the river side, Osun the goddess appeared from the water in front of Olutimehin and requested him to lead people to a special place (present Osogbo town). The goddess promised to protect all the group and bring them prosperity in return for an annual sacrifice to her. The group accepted the proposition. Today the annual sacrifice to the Osun River Goddess is what is still celebrated as the Osun Osogbo Festival.

The Osun-Osogbo festival, without a doubt, is more than just sacrifices performed to celebrate the Osun River goddess. Several activities are also planned around the festival, as tourists and visitors all come to witness, interact and partake in the two-week long celebration. However, there is a sequence of rituals that kick off the celebrations and these are:

1. The Iwopopo Ritual: This is a ritual done to cleanse the city from evil. It is done first before the festival starts properly.

2. The Ina Olujumerindinlogun Ritual: This is the traditional ritual that involves the lighting of a 16-point lamp which is believed to be 600 years old. This ritual is carried out three days after the Iwopopo ritual is done.

3. The Iboriade Ritual: The Iboriade ritual is when all the crowns of the past kings – Ataojas – are assembled for blessings by the sitting Ataoja of Osogbo, the Arugba, the Yeye Osun, and a committee of priestesses.

4. The Arugba Ritual: This is one of the major highlights of the festival. A calabash containing the sacrifice materials that would be used to appease and worship the goddess is carried across town by a votary virgin, on her head. As she leads the procession to the river, the people, seeing her as a representative of the goddess, cast their problems on her and say prayers.

Beyond the traditional rites enumerated above, the Osun-Osogbo festival has a lot of other side attractions and activities that make the event a wholesome experience for even first time visitors and tourists. There are trade fairs, games and other fun activities planned out that make it an exciting two weeks of celebration.

The Osun-Osogbo festival has evolved beyond just being a cultural event celebrated by the Yoruba peoples of Osogbo to being a renown international celebration that keeps attracting new participants yearly. The story of the festival would be incomplete without talking about the significant impact that Susanne Sawyer – the Austrian born artist – had on the culture.

The 1950s saw the desecration of the Osun-Osogbo Grove: shrines were neglected, priests abandoned the grove as customary responsibilities and sanctions weakened. Prohibited actions like fishing, hunting and felling of trees in the grove took place until  Susanne Wenge came and stopped the abuse going on in the grove.

With the encouragement of the Ataoja and the support of the local people, “Wenger formed the New Sacred Art movement to challenge land speculators, repel poachers, protect shrines and begin the long process of bringing the sacred place back to life by establishing it, again, as the sacred heart of Osogbo”

Susanne Sawyer and her husband, Ulli Beier, where stationed in Ibadan in the early 1950s. Ulli was hired at the University of Ibadan as a phonetician. They relocated to Osun soon afterwards and, there, Susanne cultivated a deep interest in the Yoruba religion, meeting and communicating with one of the priests of the religion at the time. She later became a Yoruba priestess herself, with the traditional title: Iwinfunmi Adunni Olorisha which loosely translates as’ the loved one who serves the diety’ 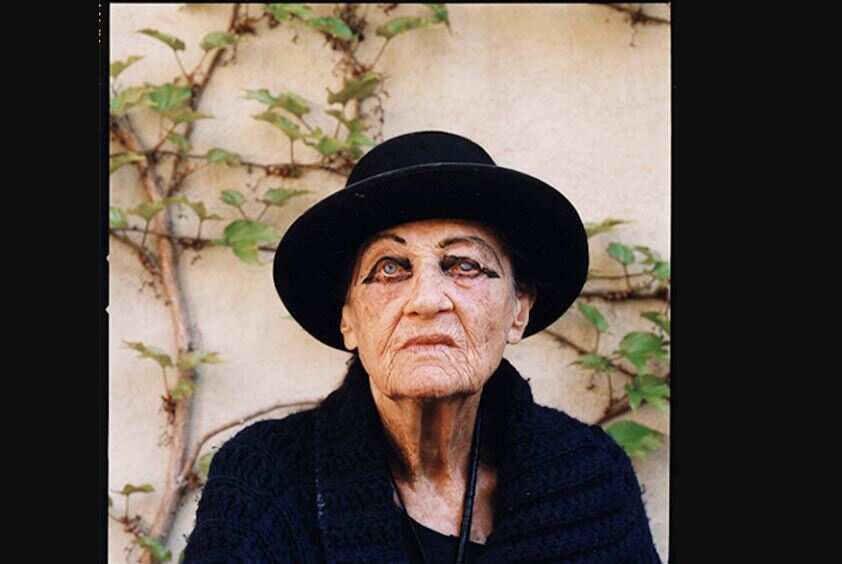 Susanne Wenger’s influence is very remarkable in the scheme of things, as her ability to learn and interpret some of the intricate details about the Yoruba culture through her profound artistic gift and activism greatly contributed to making the festival more renown. As the guardian of the Sacred Grove of Osun goddess on the banks of the Osun River in Oshogbo, she helped restore many of the shrines that were in varying states of ruin from neglect. She also managed to preserve the forest around the grove, ensuring that no hunting or fishing was done around the groves, the tress weren’t felled and that the scenery was kept sacred. She passed on 12th of January, 2009 at the Our Lady of Fatima Catholic Hospital in Osogbo.

Aesthetics, according to general usage, is the perception of beauty. It is the appreciation of the beauty in all parts of life, but as a field of study it is mostly concerned with the arts. The aesthetics of the Osun Osogbo festival includes drumming, dancing, musical performing, wearing of elaborate costumes, speaking of the Yoruba language, recitation of praise poetry and so on.

These elements make the festival what it is, and adding pomp and colour to the proceedings. The festival is of immense benefit to the tourism sector of Nigeria. It enables the community to sell its culture to tourist coming from both within the country and all over the world.[7]

The Osun Osogbo festival also serves as a strong unifying factor in Osogboland, as irrespective of the different social, economic, religious and political convictions of the people, they all come together annually to celebrate the goddess.